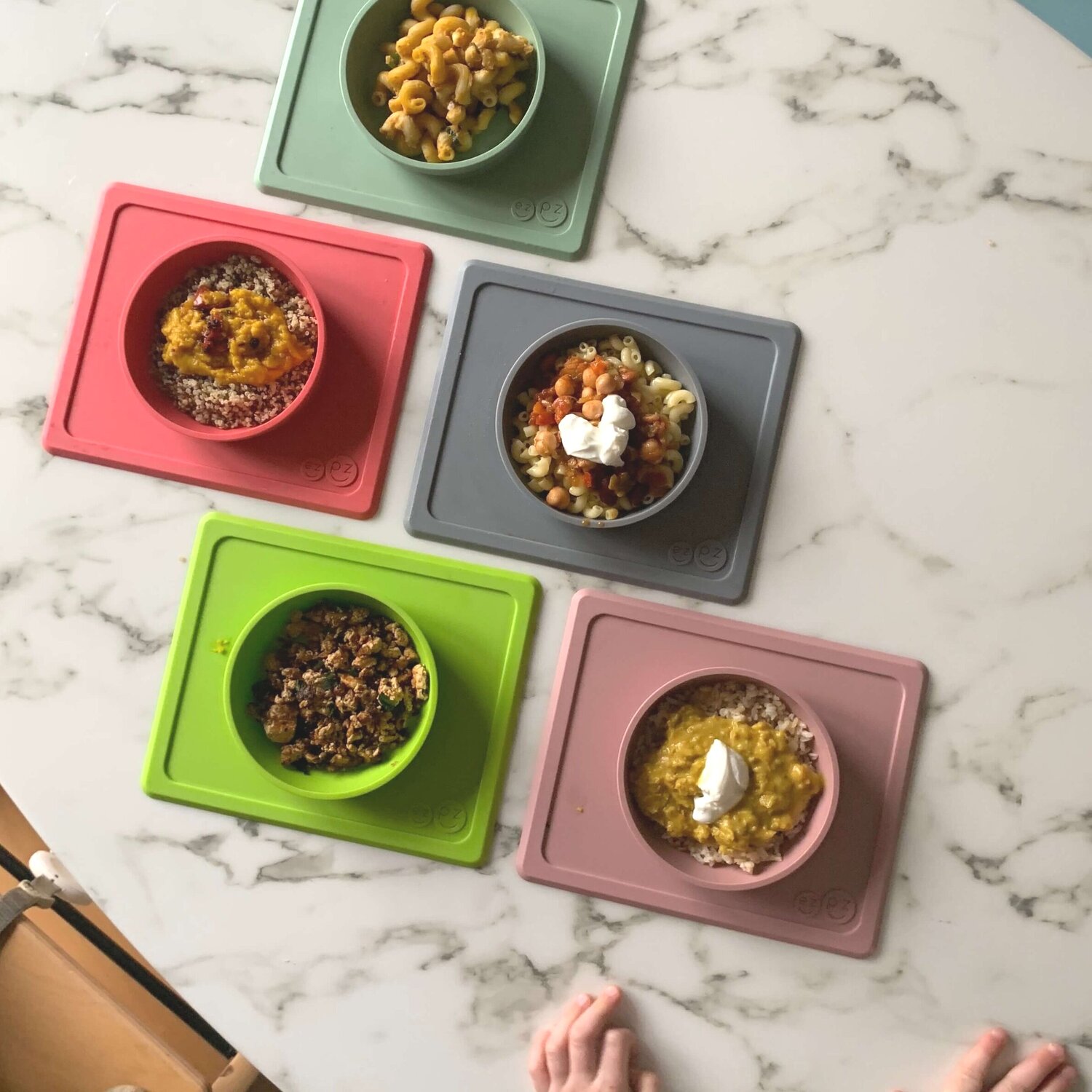 Let me preface this post by saying: we are not vegan.

One time when I was pregnant with my quadruplets, I was feeling gross about everything so I tried to go vegan.

I made it one day on a vegan diet.

That’s because – as someone who eats an egg quesadilla for breakfast every single morning of my life – I couldn’t figure out how to eat vegan breakfast & gave it up!

But earlier this month my husband Charlie & I were preparing to go back East for a quick trip without the kids…and my vegan father-in-law was coming into town to help watch them…and vegan Granddad needs to eat.

In the 9 years that I have known him, my father-in-law {Granddad} has always been a butter + bacon kind of guy.

This January though, he decided to start eating vegan. And I have to say, at first, I thought it was just a phase.

But here we are…a few months later, and Granddad is still vegan.

So…here are the 5 vegan freezer meals I made ahead for Granddad so he + our kids wouldn’t starve while Chuck & I skipped town for 48 hours!

Before I share the 5 vegan freezer meal recipes, can I please point out how affordable vegan cooking is?!

I have a sister with 6 kids whose husband once asked her, “Honey, are we poor? Because we never eat meat…”

And it’s true: animal-based proteins can be expensive! Especially when you’re cooking for a crowd…

One thing I loved about *having* to make these vegan meals was that it made me appreciate how affordable plant-based meals are.

In each of the recipes I’m sharing below, I also provide a cost-per-recipe analysis, just to show you how many portions I got for how much money I spent…and let me just say, it didn’t cost much!

If you’re looking to put more plants on your plate, let the cost-savings factor also push you in this direction!