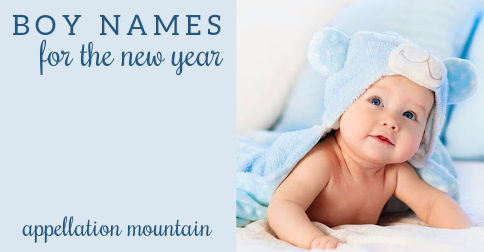 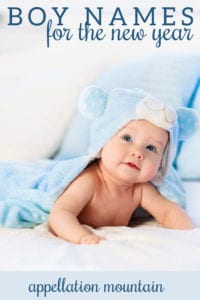 When it comes to the best boy names 2021, there’s a little bit of everything on the list.

We still love surname names, of course. But it’s worth considering which classic names will find their way back into the spotlight in the coming year.

There’s a heavy dose of pop culture and current events behind this list. Maybe it’s because the news has felt so present lately – hello, doomscrolling! And, of course, with so many of us spending SO much time at home, it’s easy to imagine that what we streamed and binged could prove influential as we welcome children this year.

And we can’t escape meaning. Whether spiritual or more generally aspirational, parents continue to seek names that convey significance.

Many of last years’ picks are still broadly influential, but these 21 boy names 2021 seem likely to grow in use over the next twelve months.

The name Ace suggests both luck – drawing the right card in a hand – as well as skill. Think of a flying ace or a great tennis serve. That combination feels particularly auspicious after a challenging year. In some ways, Ace feels like a more forceful version of Felix, or even Hope. It also helps that Ace sounds a lot like Jace and Chase, names we’ve been using for our sons in steady numbers.

Sometimes a nickname rescues a name, but occasionally it holds it back. Tony feels stuck in the twentieth century, bringing to mind figures from actor Danza to fictional mobster Soprano. But Anthony? Anthony sounds handsome and distinguished, but friendly and approachable, too. It’s the name of heroic public health expert Dr. Anthony Fauci – who does answer to Tony, at least sometimes. Given the widespread admiration for Fauci, it’s easy to imagine some of that increasing parents’ interest in the name Anthony, too.

Atticus rose on the heels of Harper, two choices launched by everybody’s favorite required reading book, To Kill a Mockingbird. And the name has continued to gain, even as a controversial sort-of-sequel followed. But could the name ever be associated with more than just Atticus Finch? Lately the answer is yes. First came a minor Downton Abbey character. And now there’s the hero of HBO’s Lovecraft Country, yet another Atticus – and one with no connection to Harper Lee’s legendary novel.

Not so long ago, Atlas was really out there. It returned to the US Top 1000 for the first time in well over a century in 2013, and has climbed steadily up the charts ever since. Parents like the sound, the meaning – enduring – and even the image of Atlas capably carrying the heavens on his shoulders. But Atlas make the list of boy names 2021, because it feels like a forward-looking name for families who have given up travel for so many long months.

A nature name equal parts fierce and cuddly, Bear is slowly transitioning from celebrities-only status to a mainstream favorite. Men who answered to Bear as a nickname – like legendary college football coach Paul “Bear” Bryant – paved the way. It helps that favorites like Theodore and Barrett feel linked – at least slightly – to Bear, too.

Callahan recently debuted in the US Top 1000. It’s a favorite among Appellation Mountain readers, but it makes this list for other reasons. Callahan seems poised to follow three-syllable surname names, like Cameron and Sullivan. Plus, it offers cool nickname Cal built right in, a factor boosting names like Callum and Calvin in recent years.

Young actor Chosen Jacobs serves as a capable ambassador for his bold word name. Chosen falls somewhere between virtue names like Noble and epic picks like Maverick. It’s a purpose name, a little spiritual, but not necessarily specific to Christianity. NFL quarterback Cam Newton named his son Chosen in 2015. While it’s theoretically unisex, the numbers give this one to the boys.

A handsome, Irish surname name, Connell comes from the given name Conall – young wolf. BBC/Hulu series Normal People features Paul Mescal as Connell, whose complex relationship with fellow college student Marianne dominates the story. Mescal earned an Emmy for the role. Given our never-ending affection for all things Irish, it feels likely that parents could embrace Connell as a successor to Connor, an alternative to Ryan and Aiden.

Because Magnolia empire just keeps building, Chip and Joanna Gaines’ youngest already broadly influential, plus the idea of a group – our team, our tribe, our crew – antidote for missing loved ones

The Incredibles – two Pixar flicks about a family of superheroes – gave us an animated Dash, separated by fourteen years. That character is really Dashiell, but the longer, literary name has never caught on in the US. Instead, it’s Dash that continues to trend. Maybe that’s because rhyming Nash has become an established favorite. But now Netflix has given us limited holiday romance series Dash & Lily, which might help the name rise a little more in 2021.

We love Harrison and Ellis and Hayes. Harris should easily crack the US Top 500, if not the Top 250. But, believe it or not, Harris remains outside the Top 1000. American parents tend to sidestep Harry, because our accents so often make it sound like “hairy,” but Harris doesn’t suffer by association. And, with the British exporting amazing Harrys from Potter to Styles, we certainly love the idea. With a new – and historic – Vice President taking office with the surname Harris, perhaps it’s just enough of a boost for the name to finally catch on.

I mentioned politics with Harris, but despite the fact that we’re about to have our first US president named Joseph (really!), I don’t see that driving Joseph’s appeal. Instead, Pope Francis recently declared 2021 the Year of Saint Joseph. Even if you’re not Catholic – or religious in any way – it’s an admirable sentiment, and one that reverberates beyond church teachings. The Pope’s declaration is a way of uplifting ordinary people – regular Joes, as it happens – who play important roles, though often unnoticed and unacknowledged. After UPS drivers, grocery store clerks, and ER nurses carried humanity through an impossible year, there’s something about Joseph that feels humble and significant, in equal measure.

Of course, if you’re thinking about the new year as a new start, then Neo might resonate. It’s the Latin prefix meaning new, of course. But it’s also the hero’s name, played by Keanu Reeves in three Matrix movies and counting. The first came out all the way back in 1999. The fourth installment arrives in December of 2021. If Neo hasn’t caught on yet, why now? Between 1999 and now, two things changed: first, Noah became a solidly-established #1 name, and remains at #2 as of 2019. But, more importantly, we fell hard for boy names ending with o. If Leo, Arlo, and Milo can be fast favorites, why not Neo?

Nicholas dominated the 1990s, and remains a classic and enduring choice for a son. Niko succeeds for all the reasons that Neo might appeal among boy names 2021. But country music’s singer-songwriter Niko Moon recently recorded a minor hit. And it seems like a name that balances gracefully on the traditional/modern divide. There’s always room for names that can do that – just ask Kai or Xavier.

Theodore is cemented in the Top 100 – again. Benjamin and Oliver make the current Top Ten. So it’s worth asking which classic boy names are poised for revival. We’ve been hearing Philip on the edges for most of the twenty-first century, but my guess? Hamilton – and tragic ending of Alexander and Eliza’s eldest son – might push this name into the spotlight even faster.

Emma Roberts recently welcomed a son, and word is that she and Garrett Hedlund named their baby boy Rhodes. It’s a name that feels scholarly and adventurous, a wonder of the ancient world with plenty of modern appeal. With names like Hayes rising fast, Rhodes could be a great choice for boy names 2021.

This nature name had already hit the mainstream, but 2020? Scenic and soulful, the baby name River transitioned from stylish to new traditional. That’s because Joaquin Phoenix and Rooney Mara named their son River … after Joaquin’s late brother, the original bearer of the name, who inspired all of the little Rivers who followed.

For years, Simon was the smart one. The scientist or philosopher. But now Bridgerton has made Simon the heartthrob, the Duke of Hastings, played to perfection by Regé-Jean Page. And not a moment too soon, either. We’ve been wild about classic Henry for years, but lately it feels like we could use a new classic name to send to the top of the charts. Simon might just be it.

Wells is a relative newcomer to the US Top 1000, but it has so much promise. Not only is it a surname-style name with the stylish ‘s’ ending, but the meaning is just right for 2021. Wells suggests well-being, but also health and prosperity. Think of the word “wellspring.” Positive and hopeful, everything about the image of Wells is what we all want in the coming year – and always.

Can a name so well-established really fit on a list of boy names 2019? I think yes, and here’s why. W seems to be the letter to watch lately – especially when it comes to boy names. Besides Wyatt and Wells, there’s Wilder and Wesley and Weston. The list goes on. Wyatt feels like it’s led the way for so many other W names, but there’s something else, too. Lately this feels more like a modern traditional than a relative newcomer. Like Ryan and so many boy names before, it’s easy to forget that Wyatt would’ve been a very unusual name just fifty years earlier.

Proof that spiritual names have gone mainstream: Zion seems poised to enter the US Top 100. Some may simply appreciate the sound. A few might be thinking of Utah’s Zion National Park. But Zion refers to Jerusalem, or, in some cases, heaven or the promised land. It’s a lot of meaning packed into a name that sounds like modern staple Ryan mixed with the letter Z. Of course, it’s also a fictional city in The Matrix universe, so if Neo makes this list, maybe that’s another vote for Zion.

Those are my picks for the boy names 2021. Are you hearing any interesting boy names? 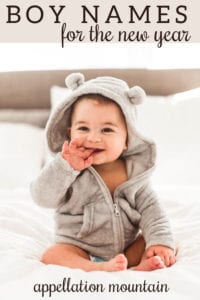 Ottawa maternity photographer You are exhausted. You’ve seen other moms talk about their children getting 6,7, even 8 hours of

How to Play With a Newborn

MLMs Are Bad For Your Finances And Your Friendships