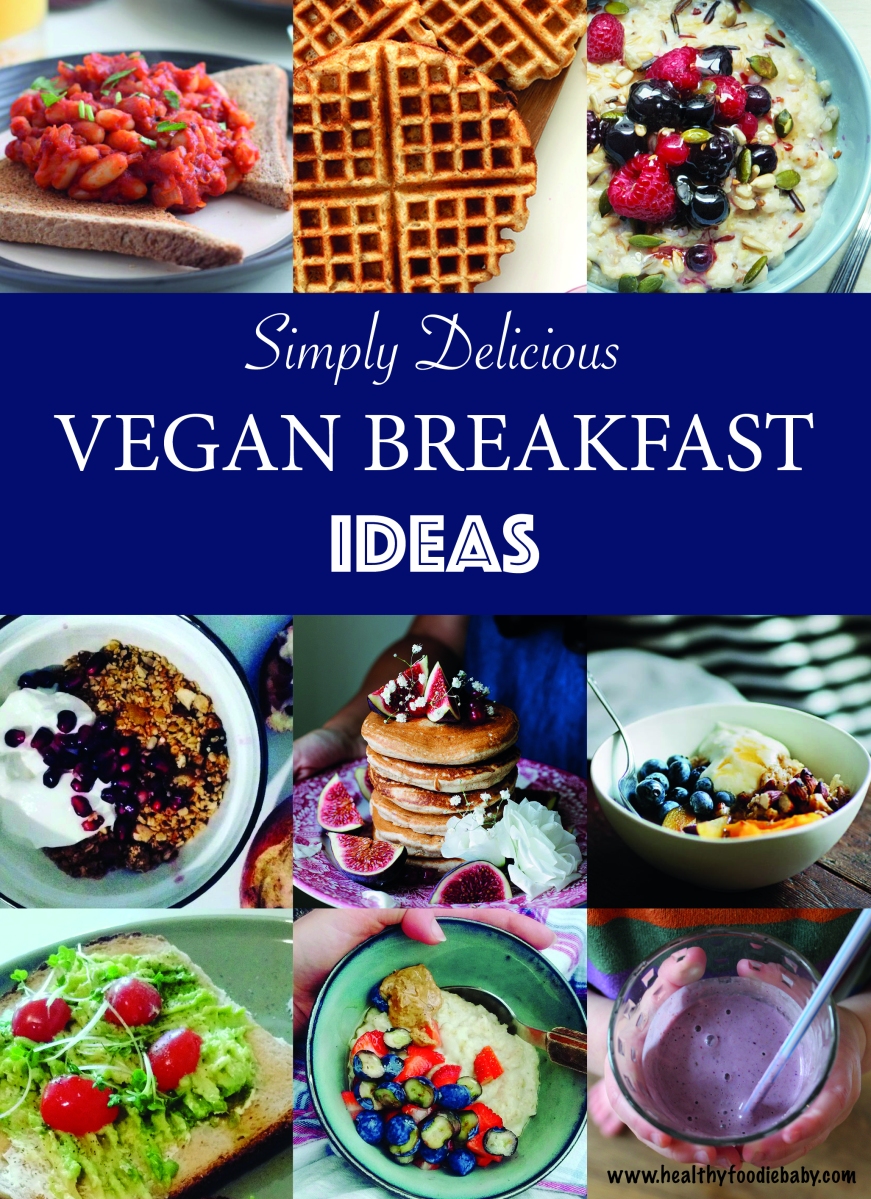 
After nearly two months of eating a plant-based diet I thought I would share my favourite vegan breakfast recipes so far. I’ve really enjoyed trying different recipes but it hasn’t always gone well. I tried quite a few vegan pancake recipes that really didn’t work! I had a particular disaster making vegan ‘crepes’ that I just couldn’t flip as they would break and stick to the pan. They tasted good but it just didn’t work and the kids got impatient as they became more and more hungry! (or should I say hungry?!). Not a good thing first thing in the morning.

Weekdays we normally have porridge, cereal, granola or muesli as we need something that’s going to be easy and quick to prepare. Most of these breakfasts only needed to be tweaked slightly by using plant-based milk and a different sweetener to honey. The challenge has been at the weekends when we like to make pancakes, waffles and cooked breakfasts. Thankfully, after trying different recipes I found some great ones that meant I didn’t feel I was missing out by not using eggs, dairy or meat.

The recipes below are ones that worked well, tasted great and were a hit with the kids.

These waffles worked great, in fact we’ve made them a few times now. The first time I made them, my daughter asked if they were ‘vegan’ waffles as they looked a little different from our usual recipe but once she had tasted them there was no going back! We’ve also made them with wholemeal flour and plain flour instead of gluten-free and they were super tasty.

Tip: I found a heaped ladle of the mixture on the waffle iron and closing the iron straight away gave a better crispy texture instead of spreading the mixture evenly.

I posted this recipe two years ago now and it’s still my go to granola recipe! I make double batches and when it runs out the kids request more. The honey is optional and you can serve it with your favourite dairy free yoghurt. 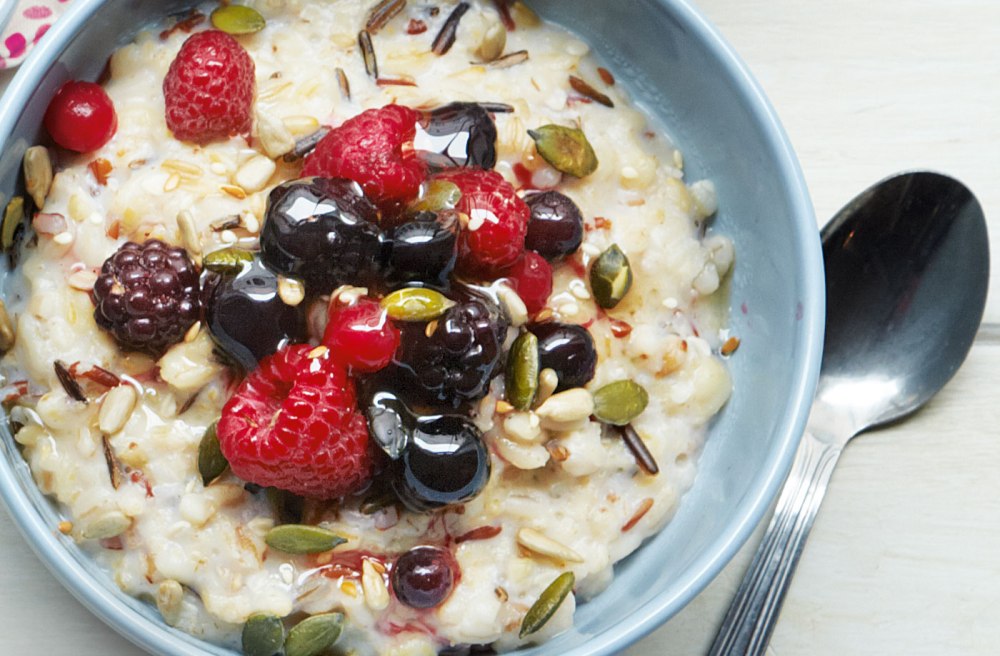 You can easily make this recipe vegan by using dairy-free milk and maple syrup or agave syrup instead of honey. I try to always have some ‘Quick Cook Seven Grains‘ by Tesco in my pantry as I love using them to make a salad or just as a side for dinner and they cook in only 10 minutes. Having them as a porridge was a bit of a revelation, such a great alternative to our usual oat porridge, I loved it!

Not a recipe as such but the easiest and most delicious savoury breakfast! All you need to do is mash a ripe avocado on some toast. Season with salt and pepper, a drizzle of olive oil and top with cherry tomatoes and a few greens or seeds (optional).

We had quite a few failed attempts at vegan pancakes before we tried this recipe. I’m so glad I came across these pancakes, they are so good and easy to make! I like the fact that there’s no need to let the batter rest as my kids are not the best a waiting too long for their breakfast in the mornings, especially if they know I am making pancakes! 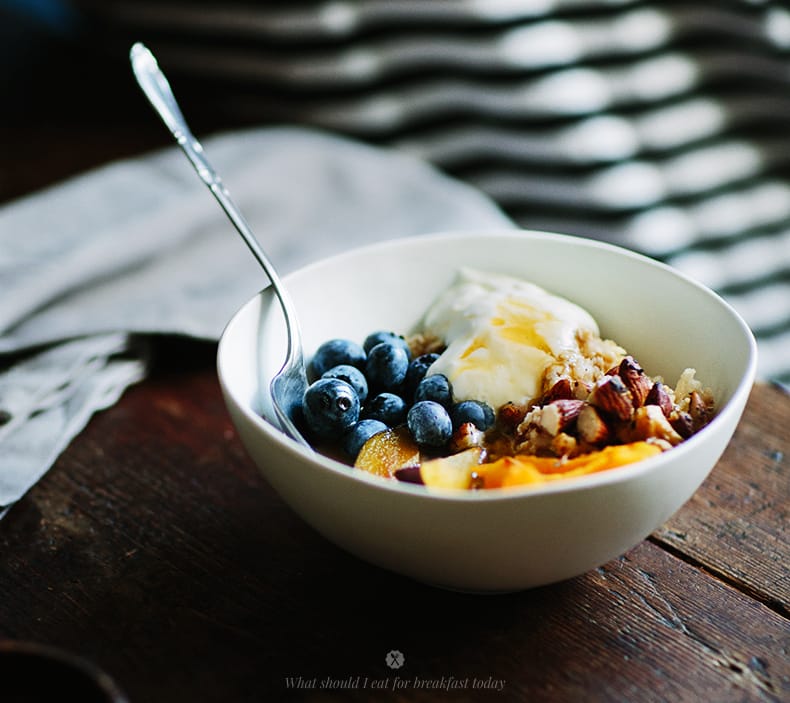 Image by What should I eat for breakfast

Most bircher muesli recipes are made using milk ( Regular or plant-based) but I prefer mine with apple juice. It works great with the grated apple and you just need add yoghurt to it in the morning to make it creamier. Use dairy-free yoghurt and maple syrup to make this recipe vegan.

Ok, so this recipe is not vegan but if you substitute the honey for maple syrup and use your favourite dairy-free yoghurt you have a tasty plant-based breakfast you can make ahead. If you know you’re going to have a hectic morning the next day overnight oats are the answer!

Image by The Everyday Veggie

After my failed attempts at making successful vegan crepes I had to share the one recipe that worked for me. Best of all it couldn’t be simpler as it only has 3 ingredients! So, even if you are not vegan but you really fancy pancakes and have run out of eggs you should give this a try. 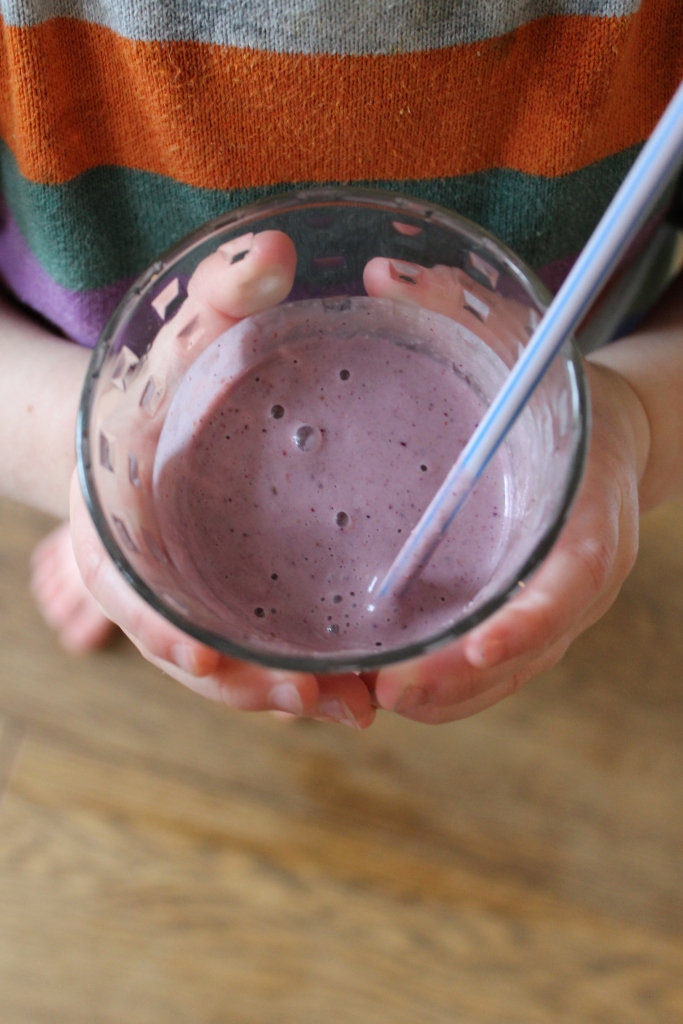 If it was down to my son we would have smoothies every single day! This recipe is from the Pip & Nut Nut Butter Cookbook which I reviewed here. Unlike the name suggest it has no cream in it, it’s the combination of the cashew butter and the oats that makes so deliciously creamy.

Image by Amuse your Bouche

Funnily enough I don’t actually like canned baked beans. I think it’s because I grew up in France and never had them as a kid, I love a homemade version though! This is such a great recipe we’ve also had it for dinner served with jacket potatoes. 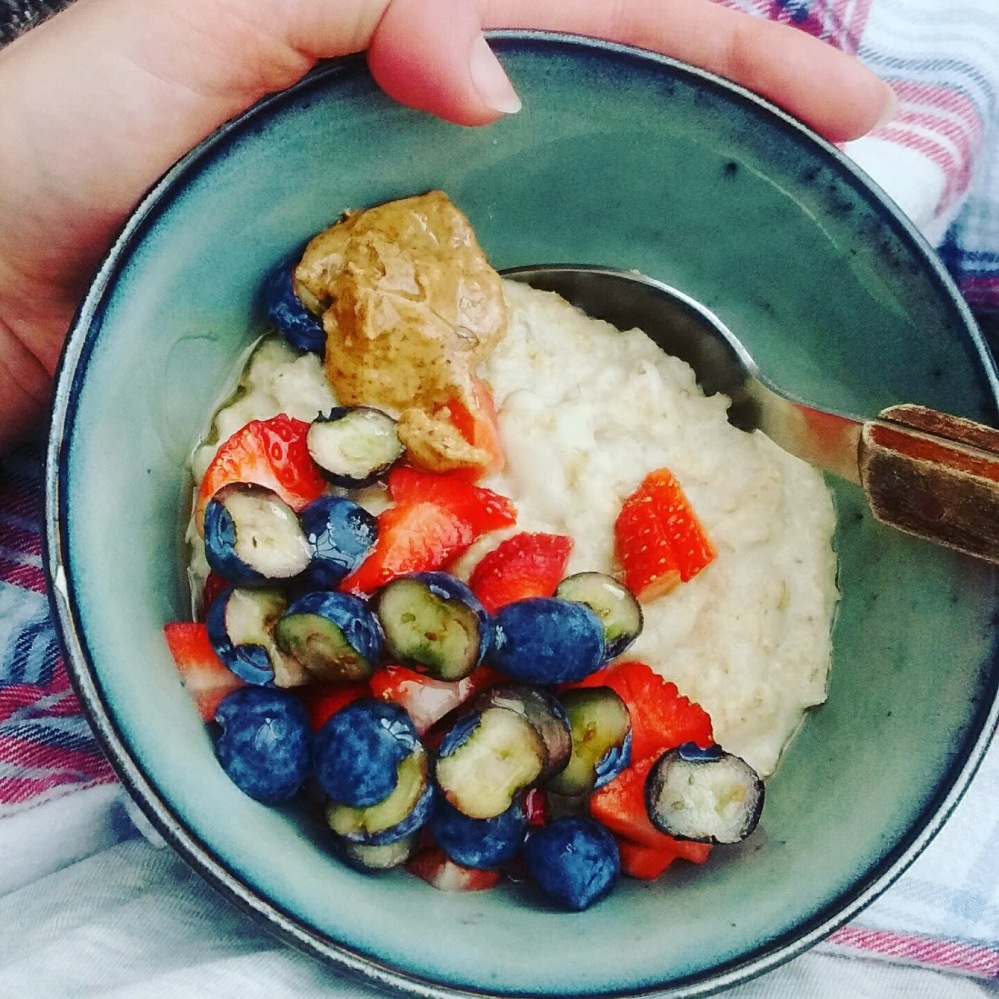 No roundup of my favourite breakfast recipes could be complete without a simple porridge recipe as this is what I have most days!

All all the ingredients to a pan and simmer on a medium heat. Use a wooden spoon to mix ( the more you mix the creamier it will be) until it starts to bubble.

Serve with your favourite toppings. I love blueberries or any other fresh fruit with a dollop of almond butter and a drizzle of maple syrup.