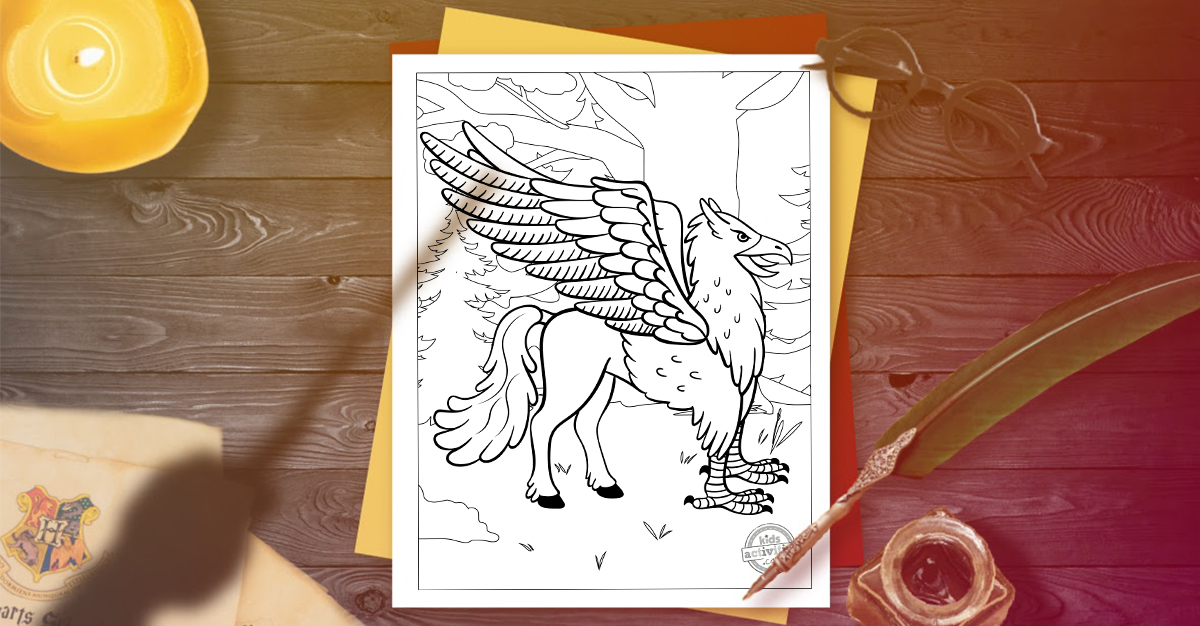 So grab your colored pencils, play your favorite Harry Potter movie, download these free printable Harry Potter coloring pages and get ready for some coloring fun!

What are Harry Potter’s Magical Beasts?

The magical beasts list is long, but here are some of our favorite ones:

Can you think of any others? Let us know in the comments!

Having a Harry Potter-themed party? Make it a special as you can! Your kiddos will love these Harry Potter birthday ideas for a magical party!

But wait, we are just getting started!

A cool group activity that doesn’t require much preparation is coloring pages! With this Harry Potter spells list coloring page set, your kids can pretend to be a wizard in Hogwarts school of witchcraft and wizardry and use magic spells to open doors for one day.

Add a Hogwarts coloring page to your party for even more coloring fun!

Printables are my favorite screen-free activity because they don’t require any preparation, and they can be done pretty much anywhere, even on a car ride!

These Beautiful Flower Bath Fizzies Are Perfect For Mother’s Day!

Mother’s Day will be here before we know it, but before you head out and spend hours shopping for that

The Hands-Down Best Labor Advice Ever

How to Clean Cloth Diapers