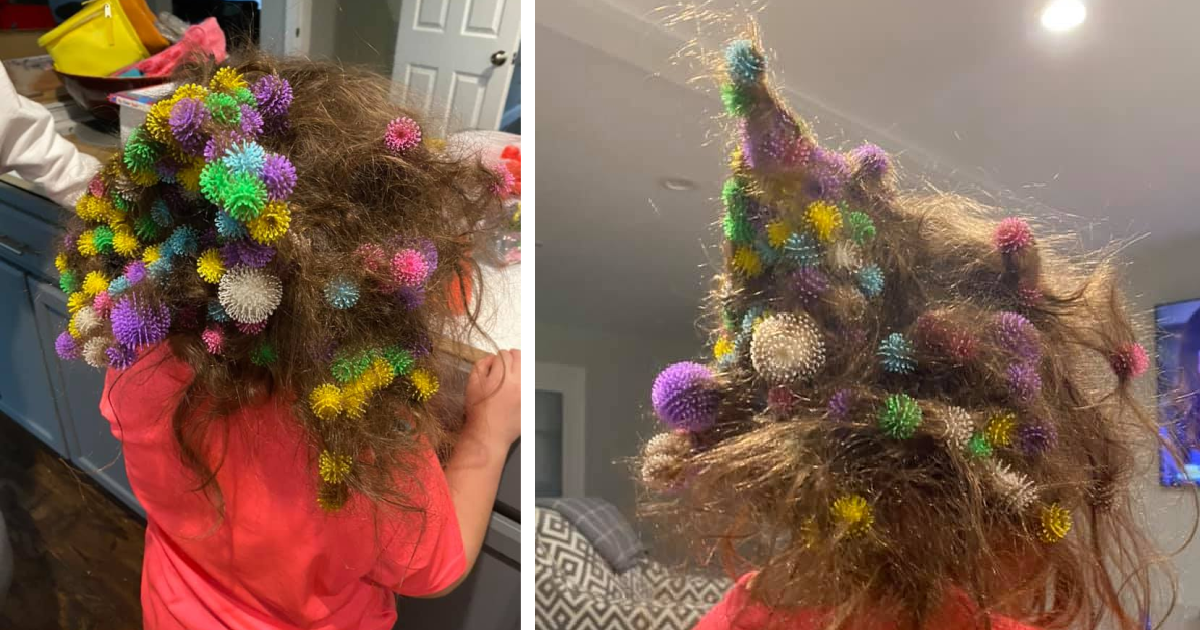 
This sounds like a mom’s worst nightmare and now that I have a daughter, this is one of my biggest fears.

My two year old daughter was born with a full head of hair and it’s well past the middle of her back now so I’d be horrified and so sad if this ever happened to her!!

Mom Lisa Tschirlig Hoelzle is warning parents to throw out their Bunchems toys after they became tangled in her daughter’s hair and she spent days carefully removing them.

She posted on Facebook warning parents and it has since been shared 186,000 times!!

According to her post, her daughter and son had been playing with the Bunchems when her son innocently dumped them over her daughter’s head not knowing the horror that would come.

“She had about 150 of these things layered and matted in her hair . They made it worse trying to remove them theirselves because the connect together kinda like Velcro . It took me about 3 hours to get out 15 .”

Aside from this mom, apparently it’s a known thing.

While the box does have a very small disclaimer on the box, it hasn’t stopped kids from getting their hair tangled in these toys.

I am so glad my kids don’t have these toys but I intend to never get them.

If you have them make sure you watch your kids as they play or ya know, just throw them in the trash because this sounds horrible!

How ‘Firefly Lane’ Changed My Perspective On Miscarriage

SHANE HARVEY/NETFLIX When I read articles written about miscarriage, I often find myself comparing my experience to theirs. I dig